In 1969 Bob Dylan went from New York City to Nashville Tennessee to make Nashville Skyline,  an album that fundamentally altered the courses of both rock’n’roll and country music. In 1986, young Texan Steve Earle went from Houston to Nashville for his debut Guitar Town,  which effectively had a similar influence on both musical worlds, in the process helping to define the increasingly popular Americana sound. Some twenty years later, Earle finally pulled up stakes and moved from Nashville, telling me that he ” was tired of living behind enemy lines “,  settling at New York City’s Washington Square after retracing Dylan’s original trail-blazing path. Except Earle did it backwards, which  if you have followed Steve’s colorful career, should come as no surprise . – Redbeard 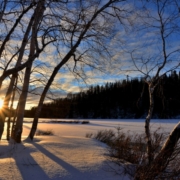