“With Shake Your Money Maker   we thought we would make our one album, you know, and then talk about it the rest of our lives”, sardonically says Black Crowes singer/ songwriter Chris Robinson about the unheralded January 1990 debut which, for fifty-four consecutive weeks, punched way above its weight class until peaking in the Top Five best-sellers in America. At the time, the Eighties pop-metal hair bands were starting to wane due to mousse abuse, and the Grunge guys were in the on-deck circle. The Black Crowes sounded as if the late Small Faces/ Humble Pie dynamo Steve Marriott had gone on holiday to Paris and dropped in on the Rolling Stones sessions while recording Exile on Main Street .

The impressive nine originals co-written by Chris and Black Crowes guitarist Rich Robinson put much-needed soul back into rock’n’roll, including”Twice As Hard”,”Jealous Again”,”Thick and Thin”,”She Talks to Angels”, the gospel-tinged”Seeing Things”, and the impeccable cover of fellow Georgian Otis Redding’s “Hard to Handle”. Starved for such sounds made by passionate musicians playing far beyond their years (guitarist/songwriter Rich Robinson was 21!), the audiences resonated like a tuning fork, with over five million copies sold of Shake Your Money Maker.

Chris, the older singing Robinson, leaves us in this classic rock interview with this observation:”Our regional identities are being stripped away by technology. That is horrible. I did get to grow up in the (American) South. In Atlanta Georgia you were twenty minutes away from the best bluegrass music in the world, or the best blues you’d ever heard. Same music, just different neighborhoods. You know?” And don’t miss the Black Crowes’ equally impressive followup The Southern Harmony and Musical Companion released two years later, all here. -Redbeard 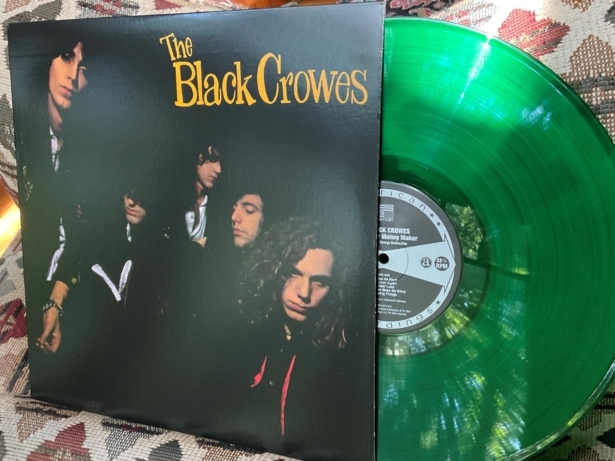 Lynyrd Skynyrd- One More From the Road 45th- Gary Rossington