Meeting Meat Loaf head on in the narrow hallway outside the ROCK 103/ Memphis control room at midnight “on a hot summer night” in 1978 left an unforgettable image. His debut album Bat Out of Hell   had been building slowly over the ten months since release, and now the bombastic, passionate, outrageously funny music of composer Jim Steinman as performed by Meat Loaf was one of the hottest new things in American music.

Meat Loaf had just performed in a Memphis arena for the first time to a curious crowd of almost 10,000, the big man sweating through his black prom tuxedo in the oppressively hot August night, but now he startled me as he suddenly rounded the blind corner in the narrow hallway, striding at me with his head down like a pulling guard on an end sweep. Now his 270 pounds was dressed in a white long-sleeved shirt, well-worn faded blue jeans, a straw fieldhand cowboy hat perched atop his long brown locks, and most curious of all, little tiny feet crammed into snakeskin cowboy boots which appeared several sizes too small. With his massive head and broad shoulders all balancing on the point of these dainty rattlesnake-clad toes as he barreled through me in the narrow radio station hallway, headed for his appointment with the live Memphis radio audience on his personal quest to fulfill his dream, Meat Loaf looked like a Texas twister with arms!

We talked off the air about punk rock’s impact at the time, and I was gratified that he agreed with my contention that the Music Machine‘s “Talk Talk” could have been the first punk rock song, but neither of us could imagine the cult that was building worldwide around Bat Out of Hell , which would eventually become a phenomenon(over 14 million sold in the U.S., nearly 40 million estimated worldwide) and for Meat Loaf and Jim Steinman, a franchise. – Redbeard 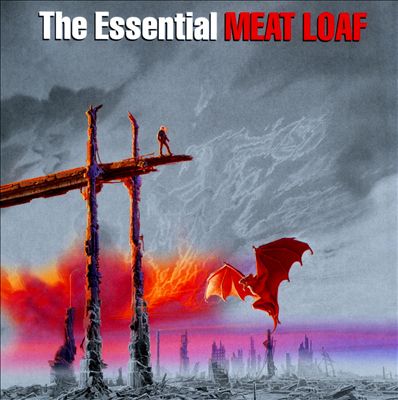 30 Years Ago In the Studio: Todd Rundgren- Something Anything 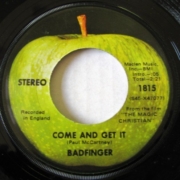 Greg Lake- From the Beginning- Dallas 1992
Scroll to top