Not since Green  more than five years earlier had R.E.M. come out so unself-consciously swingin’. “We were touring for the first time in five years. We wanted something arena and festival ready”, says R.E.M. lead singer and lyricist Michael Stipe in Newsweek  about the overall sound of the album, Monster.  Of note is the fact that the Fall 1994 release turned out to be their last with drummer Bill Berry, who suffered a life-threatening aneurysm in Germany while on the  subsequent Monster  tour and was advised by doctors to retire. 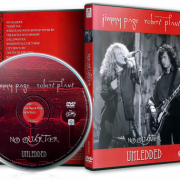