In 1965 when Newsweek described the Rolling Stones‘ “I Can’t Get No Satisfaction” as “…the five notes that shook the world…”, maybe it should have included an asterisk, “*Except Cuba”. Only four years earlier the Cuban missile crisis had resulted in a US- USSR nuclear standoff barely ninety miles from Florida. President Kennedy prevailed, Soviet Premiere Kruschev blinked, but Fidel Castro‘s Cuban people paid the price dearly enduring a half century of total isolation from Western travel, trade, and culture. Then in March 2016 a truly historic week saw US President Barack Obama visit the island nation as a gesture of renewed reconciliation between the two neighboring countries, which served as the opening act for the main event: a massive free outdoor concert in the Cuban capital Havana, the first ever, by the band notoriously derided by Castro’s communist regime as the nadir of Western decadence, those same Rolling Stones!

My guests Mick Jagger and Keith Richards with the Stones have been battling fashion and familiarity, techno trend and the inexorable march of time, and in so doing have created  a seemingly never ending desire to see them perform together, perhaps in hopes that the embers of their collective bonfire of artistic freedom might re-ignite the optimism and passionate ideals in us all which have been doused with cynicism and threatened to be extinguished in these polarized times. The Rolling Stones, meanwhile, keep pushing forward to deliver on the claim as “World’s Greatest Rock’n’Roll Band”, once viewed by some as a boast but now clearly a promise. – Redbeard 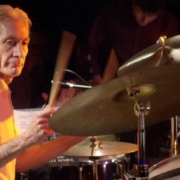