“It’s very hard living your life as we have in tour buses and airplanes for all of this time. “ With his sudden and way-too-early passing, the special times with Tom Petty, such as my interview (at his newly-rebuilt house after an arsonist torched it) to reveal Into the Great Wide Open   by Tom Petty and the Heartbreakers thirty years ago, have become increasingly precious. So here In the Studio  we are honored to share it  for the stories behind “Learning to Fly”,”The Dark of the Sun”,”All or Nothin’ “,”Out in the Cold”, the knee knockin’ “Makin’ Some Noise“, and “Into the Great Wide Open“.

The topics Tom Petty broached were indeed “wide open”: war as a foreign policy; security in an uncertain world; gun violence; greed, both individually and that of multi-national corporations; and his sincere concern for rock ‘n’roll, that dominant Twentieth Century invention, now and in the near future. As you will hear in this week’s classic rock interview with the late Tom Petty, two significant events informed the songwriting on 1991’s Into the Great Wide Open , Tom Petty and the Heartbreakers‘ first post-Traveling Wilburys/Full Moon Fever   effort with his own band. First,Tom Petty turned forty. “I’ll probably look back at this as some kind of mid-life crisis album,” Petty chuckles ,”and go ‘God, I should’ve just lightened up ! Should’ve had a drink and forgot about it !’ But I suppose I’m just working a lot of things out.It’s very hard living your life as we have in tour buses and airplanes for all of this time. I think when I turned 40 I kind of did , as most people do, get a little reflective about ‘Where have we been?And where are we going?’ And you do kind of realize that ,’ Gee, twenty more and I’m outta here !’ So you do take stock of that, you do.”

The second significant factor was that the songs for Into the Great Wide Open   were written with a pre-9/11 perspective during Desert Storm Gulf War 1, which disturbed long-dormant feelings in Tom Petty as well as many others who came of age during the nation’s lengthy, deadly, ill-advised Viet Nam War. ” As I wrote this album  we went to war, and there were a few anxious moments there when you feel very vulnerable to people who are running the planet. Can those people just blow me up? Yes they can! And it was a very hard, painful thing to go through, the war was. I had extremely mixed emotions, I never felt good about it. And of course I support the troops, but I felt terrible about the fact that, in this day and age, that we’re still barbaric enough to roll out and kill thousands of people…‘Dark of the Sun‘ was one written during that period of the (Gulf) war. When I watched the oil fires in Kuwait, I had the image of the dark of the sun…imagining if it had been Indianapolis where the oil fires were burning.  Or Cincinnati. Or Los Angeles instead of Kuwait, on CNN.”-Redbeard 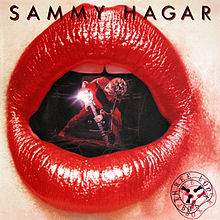