To quote David Lee Roth himself in this lengthy 1991 classic rock interview for A Little Ain’t Enough ,”You can’t stand what he says but you LOVE the way he says it!” Gregarious, colorfully verbose, but interestingly not prolific as a songwriter, Roth cranked out a number of pop-metal ditties after saying “sayonara” to the biggest American hard rock band, Van Halen, in 1985 (returning in 2007) and launching a solo career with Crazy from the Heat.  Between ’85 and the rise of grunge in the early 1990s, David Lee rang the bell with four solo albums including the   campy covers “California Girls” & “Just a Gigolo“;”Yankee Rose” from the well-received 1986 Eat ‘Em and Smile; “Just Like Paradise”,”Skyscraper”,”Stand Up“, another fun cover of Edgar Winter‘s “Easy Street”, and “Hammerhead Shark“. –Redbeard 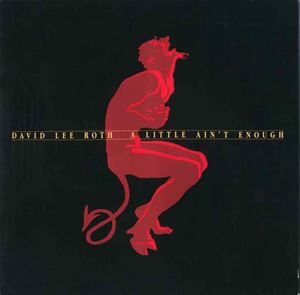 John Fogerty- Weeping in the Promised Land
Scroll to top