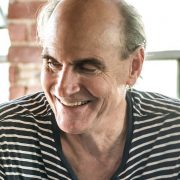 “Rockabye sweet baby James” Taylor, still recording wonderfully satisfying albums like 2015’s Before This World   and being chosen to open brand new live music venues as he did  Summer 2017 in Dallas. Now that’s finding the keys to a real time machine. For me, James Taylor‘s music was the soundtrack of my life, the music that ushered me from a teen into manhood with honesty, gentility, and hope. For this conversation with a true American cultural icon, we begin by  focusing on his Winter 1970 breakthrough (but not his first) album Sweet Baby James,  containing “Fire and Rain”,”Country Road”, and that lullaby title song written not about the composer but his namesake nephew.

In part two, James Taylor reacts to new stardom in several of the songs on 1971’s Mud Slide Slim, plus reveals the beginning of his life-long musical partnership with Carole King, who wrote James’ first #1 hit “You’ve Got a Friend”. 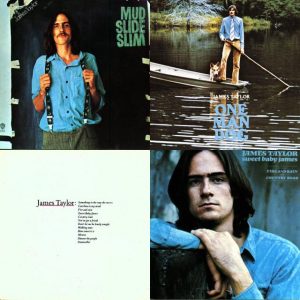 Five years after making the covers of both Time  magazine and Newsweek  but no longer  “baby James”, part three lets Taylor explore career success and domestic bliss with his 1975 multi-platinum Gorilla  album containing”Mexico”,”Shower the People”, and a toe-tapper Motown cover of “How Sweet It is to Be Loved by You“amidst a high-profile marriage to, then break up with, hit singer/socialite Carly Simon.- Redbeard 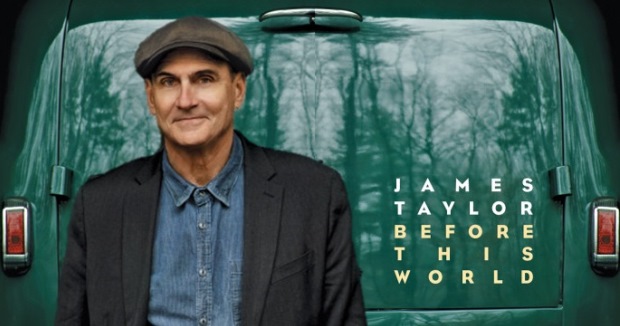