The late Lou Reed was one of the most formative interviews in my career precisely because his brutal honesty made it so challenging. I could not help but notice that, in his role as host/inteviewer on the cable television series Spectacle,  Elvis Costello was obviously star-struck when interviewing Lou Reed  who, along with John Cale, co-founded the Velvet Underground. As a songwriter Costello knows all too well that, without Lou Reed, there would have been no Glam Rock, no Punk Rock, no New Wave, no Alternative Rock, no future for the Sex Pistols’ Johnny Rotten even to  sing “No future…”.

Part one begins with the pioneering Velvet Underground debut and its far-reaching influence, confirmed here by an amusing story from one David Jones who was living in London an ocean apart from Reed and the Velvets. After hearing an unreleased VU acetate, young Jones changed his name to David Bowie, started a band, and began wearing a dress.

Part two with Lou Reed focuses on his second post-Velvet Underground album containing the Top 20 alterna-hit “Walk on the Wild Side”. Rolling Stone magazine writers rank Transformer   at #192 on their Top 500 All Time list, and finally Lou, the New York City Man himself, was invited in from the “Dirty Boulevard” to be inducted into the Rock and Roll Hall of Fame, posthumously. –Redbeard 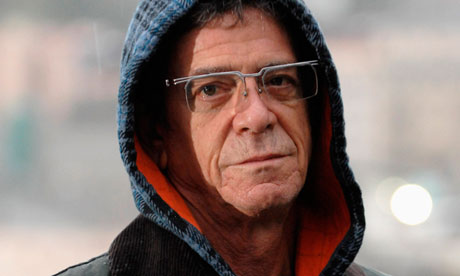 Queen- News of the World- Brian May

Paul McCartney- Back in the US pt 1
Scroll to top