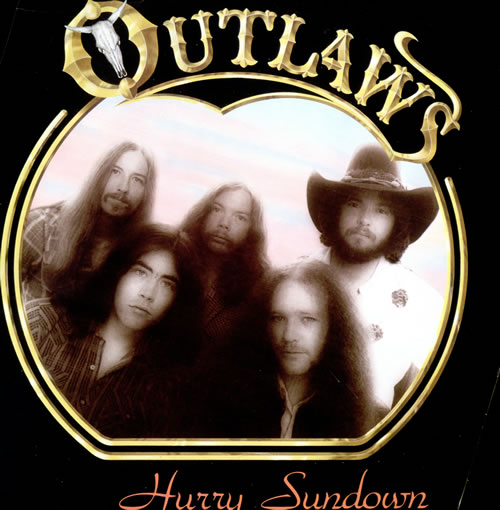 With the Allman Brothers Band forming in Daytona Beach and Lynyrd Skynyrd from the wrong side of Jacksonville, the state of Florida was Southern Rock Central in the mid-1970s, so any Stetson-wearing guitar-picking long-haired rock band in those parts  was graded on a mighty steep curve. Such was the case for the Outlaws from Tampa Bay who, like 38 Special and later Molly Hatchet, were second generation Southern rockers. The Outlaws combined the guitar army assault of their Lynyrd Skynyrd mentors with the stacked vocal harmonies of the Eagles on their 1975 debut featuring “There Goes Another Love Song” and the instant anthem “Green Grass and High Tides”; “Gunsmoke” and “Hurry Sundown” from their strong 1977 concept album Hurry Sundown .

Then there was the scintillating stratospheric vocal chorus of “You Are the Show”; and the galloping production showstopper “Ghost Riders in the Sky“. Henry Paul and the late Hughie Thomasson,the only musician to perform on every Outlaws album, joined me In the Studio for what turned out to be Hughie’s final interview. –Redbeard