Ask any of Robert Cray‘s biggest fans ( who include Eric Clapton, Bonnie Raitt, Buddy Guy, and Jimmie Vaughan ) and they all agree that Cray is the total package: movie star handsome, soulful voice, reserved demeanor, with a stinging guitar style that is much more “Steve Cropper” than “Stevie Ray“. But it is Robert Cray’s songs which made veteran Steve Miller tell me in November 1986,”Robert Cray is the most important blues songwriter since Jimi Hendrix“!

The early consensus was that this bluesman based in America’s Pacific Northwest was neither worshipping at the altar of the musical traditions of the south end of the Mississippi Delta nor the south side of Chicago. The Robert Cray song “Smoking Gun” from the 1986 Grammy Blues Album of the Year winner Strong Persuader blew up the Billboard singles chart to #22 in the US, catapulting the Strong Persuader album even higher, peaking at #13 sales of over two million copies ( subsequently Rolling Stone magazine would rank it #42 on their “100 Greatest Albums of the ’80s” ). 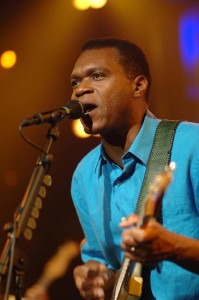 “When we go back and think about the music that was on Strong Persuader, where’s the blues?”, Cray asks rhetorically.”That album had a lot of r&b on it, as well as touches of rock’n’roll, but there’s not a straight-ahead blues tune on that record.” Now, the choice to present his best of four decades in a live recording is as tried and true as Frampton Comes Alive  and James Brown Live at the Apollo, and the Cray career distillation 4 Nights of 40 Years Live  gives Robert the chance to explain what the appeal has been for his spending the better part of four decades on the road. “The stage is the place that you wait to get to all day.” – Redbeard 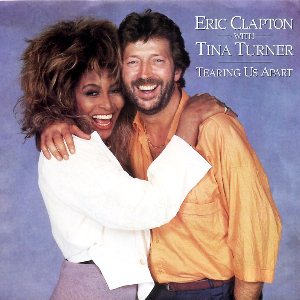