According to long tall tenor Art Garfunkel in this rare classic rock interview here In the Studio,  we have the Beatles’ Sgt. Pepper’s Lonely Hearts Club Band   in 1967 as inspiration for the Simon and Garfunkel masterpiece Bookends   the following year. Certainly not in songs or sounds per se, but Art explains that Sgt Pepper… established the album format as no longer a hit single or two surrounded with filler, but a whole musical statement with a beginning, middle, and conclusion unfolding “…like a major motion picture,” Garfunkel explains. Bookends   was Paul Simon and Art Garfunkel’s answer to the challenge, and the American duo cleared the bar masterfully in Spring 1968.

The lead off song on Bookends , “Save the Life of My Child”, has the historical distinction of containing the  first ever appearance on a major pop album of Bob Moog’s experimental music synthesizer, and while it was so alien and unwieldy a contraption that it blurted out only a three note progression, the electronic music threshold was forever crossed. Sound effects and  crossfades segue into “America”, one of Paul Simon’s monumental timeless compositions. Side two of Bookends i s even stronger,with the five song cycle of “Fakin’ It”,”Punky’s Dilemma”, the cultural icon “Mrs. Robinson”,”A Hazy Shade of Winter”, and “At the Zoo”. 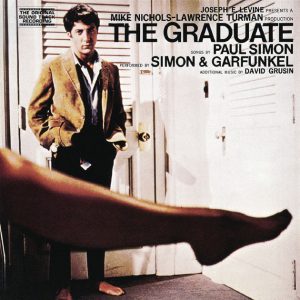 But another fascinating thing was happening in parallel to Simon and Garfunkel making the best music that they could for Bookends . Unknown to anyone outside the film editing bay of director Mike Nichols , the brilliant film auteur was using various songs from Bookends   as audio placeholders in various scenes of a coming-of-age movie he was directing called The Graduate . Never intended to actually be in the film’s soundtrack, Nichols grew progressively so wedded to the Simon and Garfunkel songs in his rough cuts that he bucked Hollywood tradition and implored Paul Simon to change his song to reflect one of two main characters,”Mrs. Robinson” played with  decadent cougar cool by veteran actress  Anne Bancroft opposite unknown newcomer Dustin Hoffman. –Redbeard 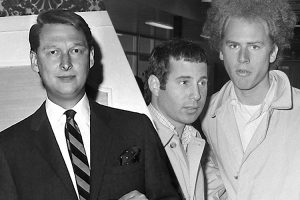