It is the fiftieth anniversary of the timeless Van Morrison essential Moondance . Whoever first coined the term “blue eyed soul” to describe the Righteous Brothers, it is a safe bet that the phrase was next used to describe the Belfast singer/songwriter Van Morrison. Practically it is impossible to explain the width and depth of this Northern Ireland native’s contribution without resorting to hyperbole, as music writer Jason Ankeny found out on AllMusic.com,”…perhaps the most spiritually transcendent body of work in the rock and roll canon. Subject only to the whims of his own muse, his recordings cover extraordinary stylistic ground yet retain a consistency and purity virtually unmatched among his contemporaries…”. Yet until this revealingly frank interview by the BBC‘s intrepid John Bennett, Van Morrison easily would qualify as the most mysterious of celebrated singer/songwriters, by comparison making Bob Dylan look positively chatty.

This ultra-rare, fascinating classic rock interview is nothing short of a revelation set against the backdrop of his early Warner Bros Records career snapshot of some of Van Morrison‘s greatest hits including the seminal “Brown Eyed Girl“, the jazzy“Moondance”,”Crazy Love“, and “Into the Mystic“; the New Orleans stomp of”Domino”,”Blue Money“, and “Wild Night“; the sweet soul dripping in”Tupelo Honey“, and the title song from St. Dominic’s Preview,  all from this most durable career ( almost sixty  years a professional ); most prolific recording artist ( his 2015 Duets   was Morrison’s forty-first release, not counting hits compilations & anthologies); most acclaimed (Rock and Roll Hall of Fame inductee, with two albums in the top seventy on Rolling Stone’s Top 500 Albums of All Time, including Astral Weeks   at #19 ! ). And most reclusive, the Howard Hughes of rhythm and blues.  –Redbeard 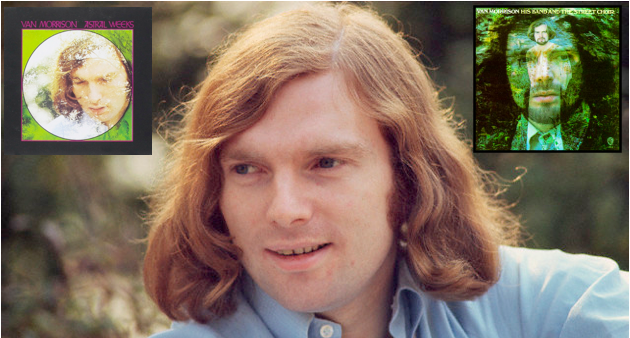