Thirty years ago In the Studio  Jon Anderson  and Rick Wakeman helped us feature the remarkably durable breakthrough album by progressive rockers YES which has turned out to be anything but Fragile. I’m not sure why the memory of walking home in the snow from the record store the first week of 1972  with the new YES album  under my arm has remained so vivid. Only four months earlier I had discovered The YES Album  and  mistakenly assumed that it was the band’s first, but I had been extremely impressed with the sheer musicality and proficiency demonstrated by these unheralded Londoners.

For their follow up, YES had chosen to augment their line up of Jon Anderson on vocals, the late Chris Squire bass/harmony vocals, Steve Howe guitar/harmony vocals, and the incomparable Bill Bruford on drums with ex-Strawbs electronic keyboard wizard Rick Wakeman for such rock classics as “Roundabout”,”Long Distance Runaround”,”Heart of the Sunrise”, and “South Side of the Sky”.  – Redbeard 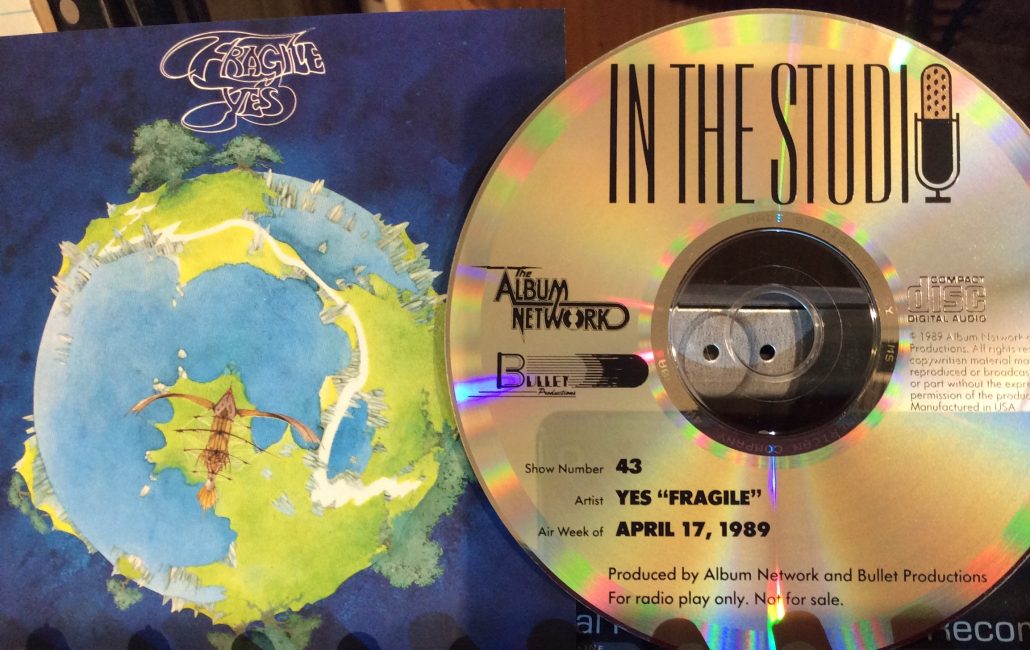