Highly-acclaimed and influential rarely go hand-in-hand with mainstream popularity. The ultimate example is the incomparable Bob Dylan, who recorded fifteen albums before he got a single platinum seller (Blood on the Tracks). But when a unique sound, like the fiddle and accordion arrangements paired with a crackling backbeat, met the songs of John Mellencamp, such as “Paper in Fire”,”Check It Out”,”The Real Life”, and “Cherry Bomb”in August 1987, the rock, pop, and country music worlds were changed indelibly. John Mellencamp is my guest In the Studio  the week of August 8th with one of the most important albums of the Eighties. –Redbeard 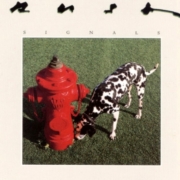