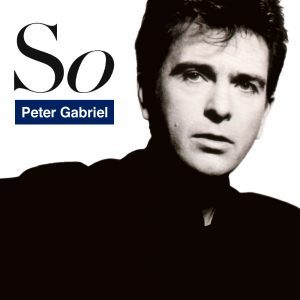 Very close to the perfect album, So  by Peter Gabriel has remained a “desert island disc” essential to so many of us ever since its May 1986 release. Long time fans knew Gabriel not only from his many eclectic solo albums and mesmerizing, quirky MTV videos but even further back as the enigmatic original lead singer/ lyricist with progressive rock pioneers Genesis. Peter Gabriel joins me In the Studio  to discuss how the worldwide mainstream pop stardom which followed the release of So  thirty five years ago affected him in so many ways while we revisit “Sledgehammer”, “Big Time”,”In Your Eyes”,”Mercy Street”,”Don’t Give Up” with Kate Bush, and “Red Rain” the week of May 17. –Redbeard