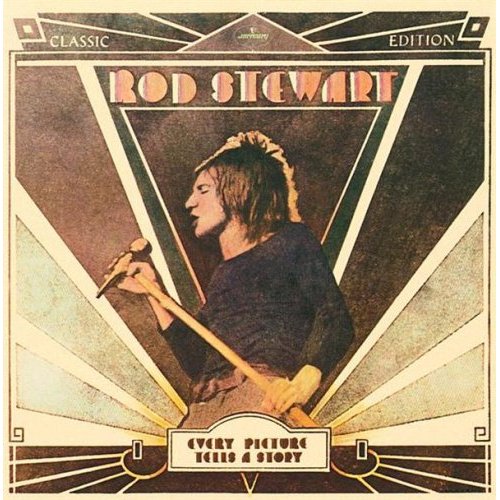 “If you would’ve told me in 1970 that I would have a #1 hit in America, well all around the world actually, I’d have said ‘Forget it!’,” admits Rod Stewart on the golden anniversary  Every Picture Tells a Story,“especially since ‘Maggie May‘ almost didn’t make the record.” Now that’s just one revelation in this charming classic rock interview commemorating the fiftieth anniversary of Rod Stewart’s breakthrough in May 1971 which also contained “Mandolin Wind“, impeccable choices of covers from Bob Dylan (“Tomorrow is a Long Time”), Motown (“I Know I’m Losing You“), and Tim Hardin (“Reason to Believe“), and the slammin’ autobiographical “Every Picture Tells a Story”. Rod Stewart is my guest here In the Studio  the week of May 24! –Redbeard