The list of the most popular debut albums in rock history is a real head-turner, but towering like a giant redwood still forty-five years after its February 1978 release remains the first Van Halen album. Not since the debut by Montrose five years earlier (interestingly produced by the same veteran sonic sorcerer, Ted Templeman) had hard rock been written, played, and captured this hot, including “Runnin’ with the Devil”, “Ain’t Talkin’ ‘Bout Love”, “Jamie’s Cryin'”, “Ice Cream Man”, and a scorching cover of The Kinks’ “You Really Got Me”.

David Gilmour- On an Island 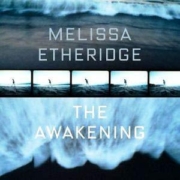 More Live Tracks...
advertisement
Little Feat- On Your Way Down- 1974