If you check out the reviews of Cheap Trick’s first five Essential  albums, you will be seeing stars. On a maximum scale of five stars, the 1977 debut by Cheap Trick  receives AllMusic.com‘s highest rating, and the even more melodic, better sounding  sophomore effort In Color   in the same year earns 4 1/2 stars. Then little more than six months later, Cheap Trick’s Rick Nielsen, Robin Zander, Tom Petersson, and Bun E. Carlos wrote and recorded the  masterpiece Heaven Tonight   in May 1978, yet again scoring a critics’ perfect five star rating. So in hindsight it would appear that recording the Rockford IL quartet’s set while performing the strongest material from these three killer studio albums, in front of an adoring audience in one of the world’s premiere venues, would be as obvious as a sumo wrestler in your shower stall. Wrong-o Rocker-san!

Fact: that well-reviewed first Cheap Trick album never charted on the Billboard Top 200 sellers.  The under-appreciated In Color   only made it to #73 before falling off, and the brilliant Heaven Tonight   apparently was never even considered by the increasingly powerful rock radio consultants who were beginning to exert considerable influence over America’s FM rock station playlists by mid-’78. Not really a Rock & Roll Hall of Fame trajectory.

So when a promotion-only white label  live performance in Tokyo was distributed to US radio stations in Fall 1978, its sole purpose was to promote Cheap Trick’s previous studio album Heaven Tonight.  This live concert album-length promo was not available for sale anywhere in the world outside of Japan, and there were no plans to release it when I started playing it on ROCK 103 in Memphis. But as the subsequent ranking of #422 on Rolling Stone magazine’s Top 500 Albums of All Time  list will attest, songs like “Surrender”,”Big Eyes”,”High Roller”, two superb covers “Ain’t That a Shame” ( Fats Domino) and The Move’s “California Man”, and the thrice-released single which stiffed two times previously,“I Want You to Want Me” , were buzzed as much off of the delirious energy of ten thousand screaming Japanese girls as they were from Cheap Trick’s undeniable hooks. Lead singer Robin Zander and lead guitarist Rick Nielsen do a great job in this classic rock interview capturing the band’s bewilderment after  earning the dubious distinction Stateside of being “The Best Opening Act in America”. Part one of two- Redbeard 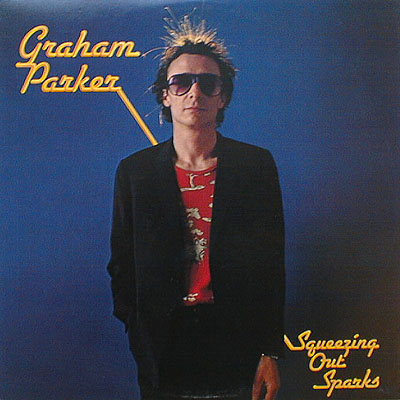 Graham Parker- Back to School Days-Dallas 10-88

More Live Tracks...
advertisement
U2- Until the End of the World- NYC Yankee Stadium 1992