Redbeard- Behind The Mic

A career professional radio broadcaster and rock musician interviewer for  almost fifty years, Redbeard is the producer/host of In The Studio, the rock star interview  show now heard worldwide at inthestudio.net. Now in its thirty-first consecutive year,  In The Studio  is produced and syndicated by BeardedFISCH LLC.

Redbeard was a top-rated Program Director, Music Director, and internationally-known on-air afternoon radio personality on Memphis’ ROCK 103 from 1978-1983 , and Dallas/Ft. Worth’s KTXQ/Q102 1984-1998. As one of the original “Dirty Dozen” Program Directors hired, ‘Beard helped to launch the nation’s first 100-channel subscription service, XM Satellite Radio, as the first afternoon host of “Deep Tracks XM-40” from September 2001 through June 2002. In 2007-2008 Redbeard hosted afternoons on Lone Star 92.5/KZPS in Dallas/Ft. Worth, a unique Texas regional rock/Americana hybrid that featured no recorded commercials.  Redbeard was the first host/ curator of Slacker.com‘s Classic Rock channels, as well.

Additionally Redbeard’s “In the Studio.net” rock star interviews are heard on board every British Airways flight  worldwide by over a million passengers each month as part of British Airway’s in-flight entertainment.

Redbeard has been recognized many times both inside and outside the broadcast industry, including Billboard   magazine Major Market Music Director of the Year (1992) award winner; industry trade publication Friday Morning Quarterback   Music Director of the Decade 1980-1990 (1st runner-up); Dallas Observer  “Best of Dallas” winner in three successive decades, including 2007; and Redbeard solely represents both Dallas/Ft. Worth and Memphis in the permanent radio exhibit in the Rock and Roll Hall of Fame museum in Cleveland OH. Incidentally, since 2015 The Rock and Roll Hall of Fame has licensed Redbeard’s vast archive of exclusive musician interviews during their annual induction ceremonies and video cablecast.

Currently is a member of the National Corvette Restorer Society (www.ncrs.org) Texas Chapter; and a member of Hillcrest Baptist Church, Kaufman TX where he is a Trustee & volunteers to run the sound for worship services each week. In the Studio is produced on his 150-acre horse ranch outside Dallas Texas, nicknamed the “Barbarosa Ponderosa”  with numerous stray dogs, cats, and six horses. In Fall 2019, Redbeard will be inducted into the Texas Radio Hall of Fame. 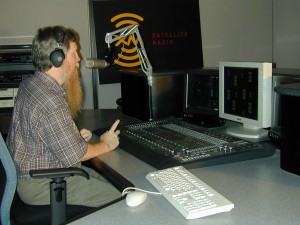 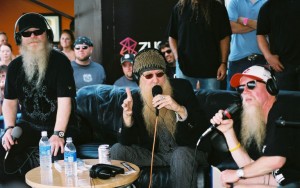