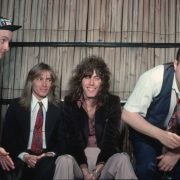 Forty years ago this week, Cheap Trick was poised on the brink, but depending on what continent you were referencing, it could have been the brink of  Beatlemania-type mass popularity ( as in Japan that Summer 1978 ), or the brink of disaster here at home, where they had rave reviews for their first three albums but no radio airplay and therefore, most disappointing to their record company, no sales. Cheap Trick management and a few true believers inside their long-suffering record label felt that the Rockford rockers had delivered a masterpiece third album Heaven Tonight , and that the band hit like a ton of bricks in concert, so just one exposure to Cheap Trick and everybody would immediately see that these guys were no joke.

So a couple of weeks before Christmas, with the band clearly abuzz from the dizzying Tokyo hysteria the rest of the world would learn about in February 1979 when the originally Japan-only  Live at Budokan  was forced to be rushed released, Cheap Trick’s Capitol Theater gig was broadcast live over New York City’s WNEW-FM. Cheap Trick’s guitarist Rick Nielsen‘s amp rig, somewhere between Black & Decker and a dentist drill, was so hot coming off the Capitol Theater stage during “Come On Come On” into “Stiff Competion” that the “railers” pressed up against the front of the stage got a free dermabrasion and never had a zit the rest of their lives. –Redbeard
https://www.inthestudio.net/wp-content/uploads/2018/12/CHEAP-TRICK-1978-4ba0215e51cf441e30747376ae079d23.jpg 480 640 Red Beard https://www.inthestudio.net/wp-content/uploads/2017/01/ITS-COLOR-white-studio.png Red Beard2018-12-02 19:57:192018-12-10 20:40:09Cheap Trick- Come On, Come On/ Stiff Competition- Passaic NJ 12-8-78 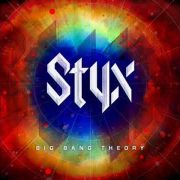