Something appropriate for Elvis Week in Memphis ( when I lived there, the locals referred to it as “Death Week”  ). Big doings no doubt on Elvis Presley Boulevard for this fortieth anniversary. Now that Randy Newman has been inducted, here’s my nomination for Rock and Roll Hall of Fame for the most deserving American songwriter working today: John Hiatt. Bonnie Raitt, Eric Clapton and B.B.King, Emmylou Harris, Linda Ronstadt, Joe Cocker, Iggy Pop, Dave Edmunds, Gregg Allman, Willie Nelson, Buddy Guy, Delbert McClinton, & the late Jeff Healey can’t all be wrong. But John Hiatt is also a terrific live entertainer as well, as is clear in this tale of two Elvis fans who just wanted to borrow one of the King’s pink Cadillacs. – Redbeard 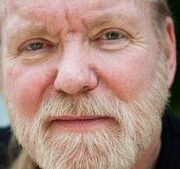