David Crosby has passed away at age 81.
Contrary to conventional wisdom, as its imminent release approached in late May 1969, I feel compelled to point out that the debut album from Crosby, Stills, and Nash  was not heralded as a “supergroup” (that term was first used by a Time magazine reporter who coined it to describe Blind Faith’s pairing of ex- Cream Eric Clapton and Ginger Baker with Traffic’s Steve Winwood later that same summer). But hindsight certainly has proven that the qualifier “the first supergroup” to describe any band containing The Byrds’ David Crosby, Buffalo Springfield’s Stephen Stills, and Graham Nash from English hit machine The Hollies quickly would prove to be completely warranted.

The case can be made measured by any metric you choose to define pop music greatness: initial retail sales; concert attendance then and since; the number of subsequent Crosby, Stills, and Nash albums; their individual and collective influence on multiple generations socially and politically; and their lasting impact with a legacy second to none.

Graham Nash tells several back stories about the formation of Crosby, Stills, and Nash and that legendary 1969 debut in his entertaining autobiography, Wild Tales. Regarding their unique triad harmonies first displayed in such Hall of Fame classics as “Suite: Judy Blue Eyes”, “You Don’t Have to Cry”, “Wooden Ships”,”Guinevere”, and “Marrakesh Express”, Graham was so excited yet confident that their newly-discovered sound was going to be big that Nash arranged for the trio to audition live in front of Apple Records co-owner Beatle George Harrison and label Head of A&R Peter Asher. The trio received a prompt, polite letter the very next day declining to sign Crosby, Stills, and Nash because “…it would not be a good fit.” OK then, whatever.

Nash had become acquainted with the uber-popular American duo Simon and Garfunkel, who had been very encouraging to Graham as he considered leaving his English boyhood chums in the Hollies and following a similar path as the New York duo had blazed so successfully,  combining the best attributes of folk, rock, and literary lyrics to rival the Beatles  on the pop charts. Nash played the unreleased first Crosby, Stills, and Nash   recordings at Paul Simon’s New York City apartment for both Art Garfunkel and Paul.

They didn’t love it. 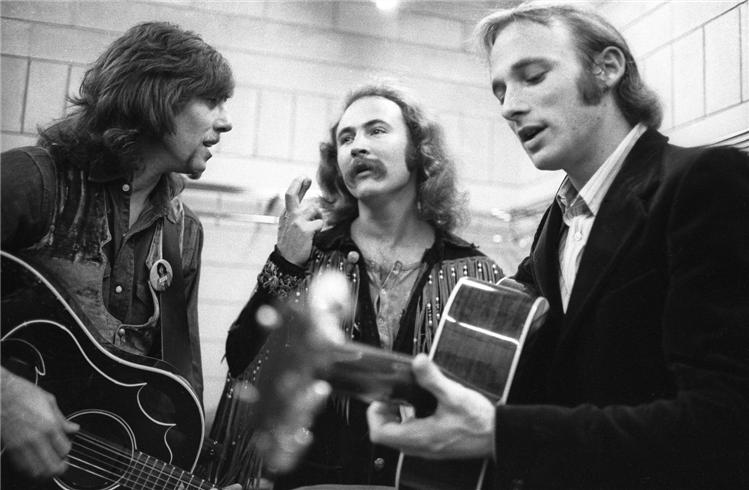 According to Nash in this classic rock interview, things began looking up when he, Stephen Stills, and David Crosby stumbled across an abandoned house with an old maroon couch on the porch near where everybody lived in Topanga Canyon. Photographer Henry Diltz agreed that it was perfect for a cover shot for the Crosby, Stills, and Nash album, with the band perched on the couch. Except when they looked at the photo the next day, they realized that the trio was arranged out of order, left to right, from their chosen band name, so they headed back with the photographer to reshoot the cover photo.
When Diltz plus Crosby, Stills, and Nash arrived, the abandoned house on the corner from yesterday was gone. Finito. MIA. Bulldozed into rubble.

You just can’t make this stuff up! –Redbeard 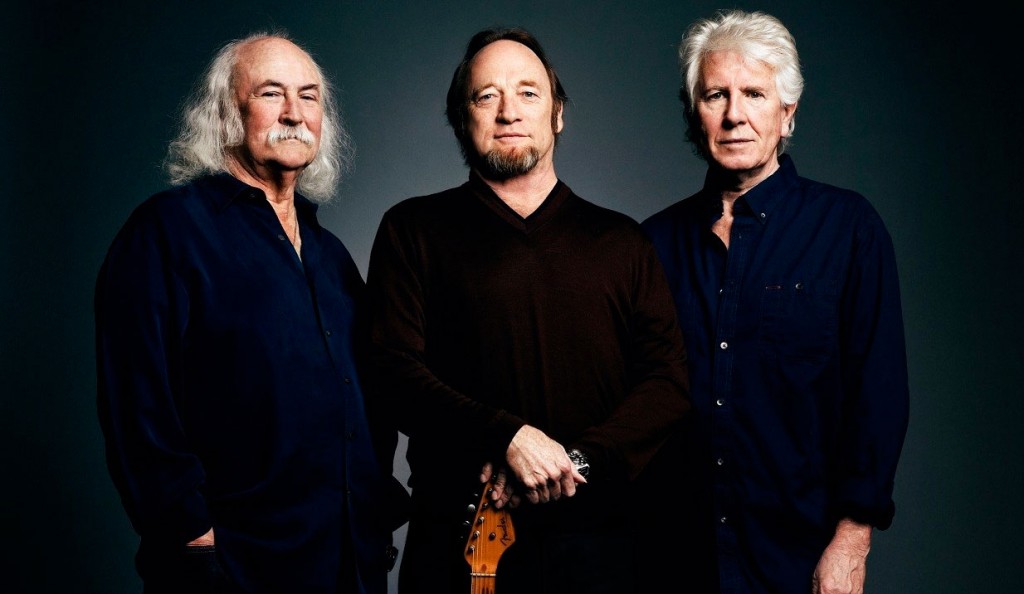 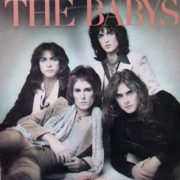