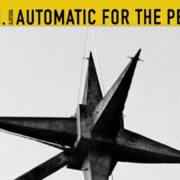 “Automatic for the People didn’t sell as many as Out of Time,” R.E.M. guitarist/songwriter Peter Buck reminds us. “Out of Time sold ten million copies and Automatic… only sold eight million.”

Only?
“It was substantially an uncommercial record,” Buck insists here In the Studio on the 30th anniversary of 1992’s Automatic for the People. “Except for the fact that it was us, if that had been a band’s first record, it wouldn’t have gotten on the radio at all.”
Point taken. Yet at the time of the October 1992 release of R.E.M.’s eighth studio album, three songs from Automatic… WERE on the radio, a lot, and deservedly so, including “Drive”, “Man on the Moon”, and the tender yet powerful international hit, “Everybody Hurts”. The original four-piece was climbing rapidly to be one of the most popular bands in the world, and the stats are unequivocal: peaking at #2 Billboard Albums Sales in the US, #1 in the UK; third on the Village Voice year-end critics poll; nominated for Album of the Year at the Grammy Awards in 1994; ranked at #18 by Rolling Stone on its “100 Greatest Albums of the ’90s” list, and an impressive #96 on their latest “500 Greatest Albums of All Time”.

R.E.M. singer/lyricist Michael Stipe, multi-instrumentalist/singer Mike Mills, and guitarist/songwriter Peter Buck all convene with me here In the Studio marking the thirtieth anniversary of Automatic for the People by R.E.M., estimated now to have sold 18,000,000 copies worldwide. –Redbeard 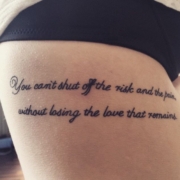