With  the stunning 1974 release  Crime of the Century ,  London’s Supertramp suddenly exhibited a consistency of band sound, eschewing the ubiquitous electric guitar and the obligatory synthesizer of most progressive rock bands, in favor of grand piano, the distinctive percussive Wurlitzer electric, and John Helliwell’s clarinet and saxophone solos, giving Supertramp a decidedly Continental feel.

In my guest multi-instrumentalist Roger Hodgson and grand pianist Rick Davies they possessed two singer/ songwriters to contribute material and alternate lead vocals, and whose close harmonies belied the increasing creative competition between them. Returning to the scene of the Crime…   with a much-deserved deluxe edition in CD, vinyl, and Blu-ray hi-rez formats, in this very rare classic rock interview Roger Hodgson answers the questions once and for all here In the Studio regarding whether their third album was indeed a concept album; who was the inspiration for the Supertramp concert showstopper “Rudy”; and what exactly was the crime of the century?

All of this intrigue is set against a backdrop of timeless music including Hodgson’s haunting “School”, Davies’ toe-tapper “Bloody Well Right”, their first UK crossover hit “Dreamer”, the sleeper ” Hide in Your Shell” (which points to their 1977 album Even in the Quietest Moments ),  and the dramatic title song closer “Crime of the Century”.

Ultimately their U.S. label patiently would give them the time to cook up something incredibly popular over the course of five albums in ten years, peaking in 1979 with the worldwide blockbuster Breakfast in America. –Redbeard 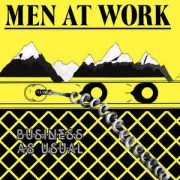