Each night on the 2018 sold out Jeff Lynne/ ELO concert tour, one of the biggest crowd roars came when Lynne performed a song from his “other band”, the Traveling Wilburys, and flashed brief melancholy glimpses of the time thirty-plus years ago when rock’s ultimate Dream Team convened at a barbeque attended by Lynne, George Harrison, Tom Petty, and Bob Dylan, with Roy Orbison soon to follow. “Handle with Care”, “Last Night”, “Not Alone Anymore”, “Tweeter and the Monkey Man“, and the prescient “End of the Line” are all included here, as the late George Harrison and now dearly departed Tom Petty left us my classic rock interviews In the Studio to tell how the stars aligned three decades ago.

Much portrayed as “the moody one” during his Beatles years, in actual fact George Harrison had an impish sense of humor. “Silly, really”, he told me, “Really silly.” So it is completely imaginable that George ( a former executive producer of Monty Python movies) and Electric Light Orchestra leader Jeff Lynne would concoct a fictitious band of mythic proportions, The Traveling Wilburys , to amuse themselves while laboring in Fall 1987 over Harrison’s terrific comeback album, Cloud Nine. Engaging every rock cliche ever used to describe Harrison’s and Lynne’s long careers, they first named their imaginary band of brothers The Trembling Wilburys. When Lynne subsequently produced the Mystery Girl   album for his idol, Roy Orbison, and then Tom Petty‘s first solo album Full Moon Fever   after Petty and the Heartbreakers had toured as Bob Dylan‘s band, there was a magnum of mojo juice bubbling up to the surface. When they all found themselves at a barbeque in Bob Dylan’s front yard at the same time that George was on deadline to deliver a single “B” side within 48 hours,” It was just too good to miss “, Harrison relates in this classic rock interview, “so I conned them into doing it!”

So the brothers Wilbury, Nelson ( Harrison), Lucky ( Dylan), Lefty ( Roy Orbison ), Otis ( Lynne ), and Charlie T jr (Petty) comprised a Dream Team of rock’s hall of fame super elite as the Traveling Wilburys, featuring five rhythm guitar players no less, achieving #1 sales success with ” Handle With Care”,”Tweeter and the Monkeyman”,” Rattled”, “Heading for the Light”, the scintillating Roy Orbison masterpiece “You’re Not Alone Anymore”, and the poignant, almost prescient closer “The End of the Line” ( Orbison passed away suddenly not long after this album was released, then Harrison in November 2001, and now Petty). With archival comments from  both George Harrison and  Tom Petty in these cherished classic rock interviews, the Gone Gator reminds us In the Studio that the Traveling Wilburys Vol 1  “…is not a dream come true, because it’s not the kind of thing you’d even dream ! It was just so great. I’m just happy to have had them in my life. I think that a lot of the positive things that have gone on with me are because I’ve had the support of such good friends.” – Redbeard 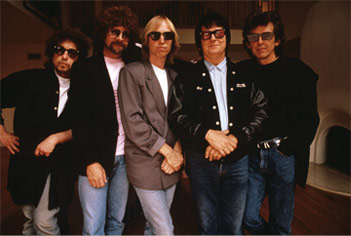 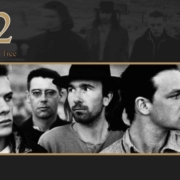 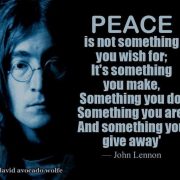