One of the most unlikely reunions in rock history wrapped up May 6 2005 when Cream performed the final of four nights at London’s Royal Albert Hall, featuring Eric Clapton, Jack Bruce ( died 2014), and Ginger Baker (died October 2019). In his interview with me In the Studio, songwriter/ singer/ bass player the late Jack Bruce clearly felt that he was under-recognized for writing and singing the bulk of Cream’s iconic songs including “Sunshine of Your Love”, “White Room”, and “I Feel Free“.  May 2-6 2005, however, all three  performed multiple shows in London’s Albert Hall and later New York City, and the performances from the Royal Albert Hall were released on CD and DVD.

In several In the Studio interviews, major musicians Rush’s Geddy Lee,  Eddie Van Halen, Eric Johnson, and  Sammy Hagar have credited Jack Bruce, Eric Clapton, and Mr. Baker as Cream for inspiring them to become musicians. One of the great rock voices of all time, Jack Bruce,  died in October 2014 at age 71. Jack Bruce was highly significant in one of rock history’s most important bands as the main vocalist, lyrical  bass player, and main songwriter in the London-based power trio Cream along with esteemed guitarist Eric Clapton and boundary-breaking drummer Ginger Baker. In slightly over two years, Cream sold over 35 million copies of  Fresh Cream, Disraeli Gears, Wheels of Fire, and Goodbye.-Redbeard 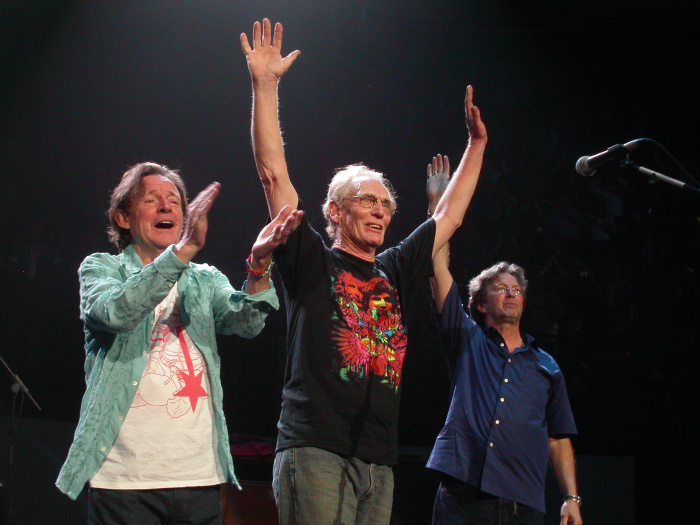