One of Britain’s most beloved party bands this side of The Faces, Mott the Hoople  is still revered there with sold-out tours as recently as 2013 , and we were so fortunate to have Mott main man Ian Hunter join me In the Studio for a career retrospective centered around All the Young Dudes on its fiftieth anniversary. In the early 1970s there was a very British rock scene that owed little to various styles which had immediately preceded it, such as psychedelia, protest folk/rock music, or Woodstock. Christened Glam Rock ( short for “glamorous” ), it featured bands with a fondness for the three chord simplicity of rock’n’roll’s American originators, but a fashion sense that was modern, outrageous, and often androgynous, all eyeshadow and sequins and feather boas and stacked high heels. And the girls got dressed up, too! 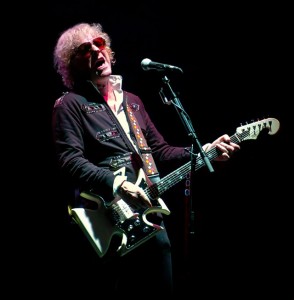 The Holy Trinity of Glam rock included Ziggy-era David Bowie, T Rex’s Marc Bolan, and a loose lovable quintet named Mott the Hoople (a character from a William McManus novel ) which in its prime was fronted by singer Ian Hunter and guitarist Mick Ralphs, plus Pete Overend Watts, Verden Allen, and the late Dale “Buffin” Griffin. All of Mott’s many hits came, interestingly, after they had broken up with four albums out but no money coming in, including “All the Young Dudes”, “Roll Away the Stone”,”All the Way from Memphis”, “The Golden Age of Rock’n’Roll”, and “Drivin’ Sister”. 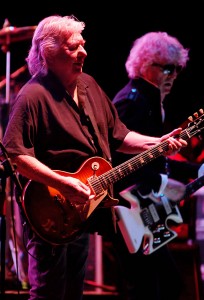 Even Mott’s own record label got it wrong when they reissued All the Young Dudes on vinyl, with a sticker stating “…’All the Young Dudes’, a song written for them by David Bowie.” My guest Ian Hunter refutes that, clearly explaining that Bowie intended to release his version but felt that David’s recording of “All the Young Dudes” simply wasn’t satisfactory, whereas Mott the Hoople’s version, produced by him, is ranked on Rolling Stone magazine’s  500 Greatest Albums of All Time list at #484. 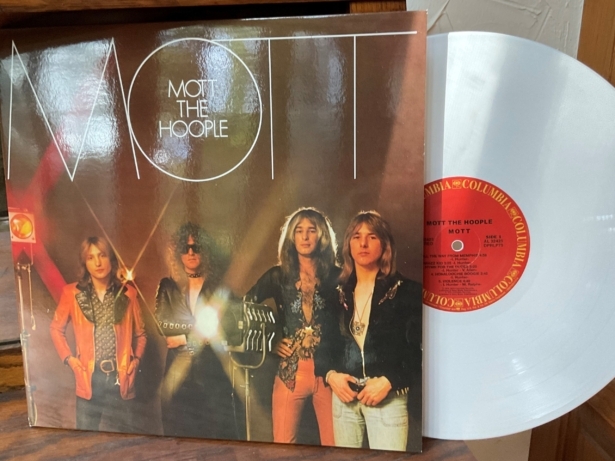 After Mott the Hoople broke up mid-1970s, Ian Hunter went on to a successful solo career with hits “Once Bitten, Twice Shy”, “Cleveland Rocks,” and “Just Another Night”, which he discusses here as well. – Redbeard