After forming in the Post-Punk late Seventies, then rising to heady international success in the MTV Eighties, by 1995 there was a real question whether Scottish band Simple Minds could remain relevant in a third decade. Led by guitarist Charlie Burchill and singer Jim Kerr, the conclusion of my 2013 interview he reveals just how close Simple Minds came to packing it in at a time when American Grunge grew so dominant, without a keyboard in sight. Also, Jim Kerr shares their  song “Broken Glass Park”  included on their excellent 2014 album Big Music , highly recommended. Part two of two –Redbeard 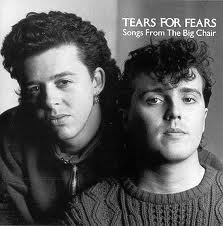 Tears for Fears- Songs from the Big Chair 35th Anniversary