Greg Lake brought his choirboy voice In the Studio of my Q102 Dallas/ Ft Worth radio show one afternoon in 1992, sat a curvy blonde on his knee ( a guitar ), and sang several songs including the gorgeous “From the Beginning”, which appeared on Emerson, Lake, and Palmer’s 1972 progressive rock album Trilogy. Greg also joined the late Keith Emerson and Carl Palmer in the links below. –Redbeard 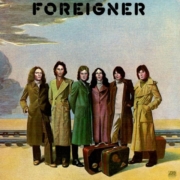