Tag Archive for: Do You Know Do You Care? 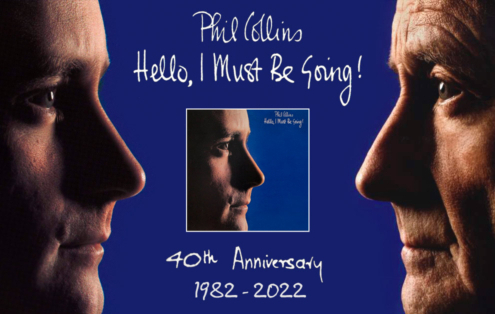 It happened to Elton John, Rod Stewart, Billy Joel, Bruce Springsteen, Bryan Adams, Sting, and most recently U2: US radio and music video outlets overplaying the hits by these most popular musicians, in the programmers' misguided attempts at gaining a bigger audience. But the unfortunate by-product is that these listeners/viewers burn out on the saturation repetition to the peril of the musicians, and the predictable backlash unfortunately is misdirected at the musicians, who had no control over how their songs were appropriated. No one on the planet knows this better now than my guest Phil Collins on the 40th anniversary of his second solo album,"Hello I Must Be Going.".
https://www.inthestudio.net/wp-content/uploads/2022/12/pHILcOLLINS_helloimustbegoing40th_header-e1670708251754.jpg 314 600 Red Beard https://www.inthestudio.net/wp-content/uploads/2017/01/ITS-COLOR-white-studio.png Red Beard2022-12-11 18:00:122023-01-08 21:42:37Phil Collins- Hello I Must Be Going 40th anniversary
advertisement