We got really  lucky! True to form, Jackson could not resist a properly tuned baby grand that we positioned strategically between our interview spot and the door. Check out this In the Studio exclusive of ”  The Two of  Me and You”, a thinly veiled breakup song written near the end of Jackson Browne’s tempestuous love affair with actress Daryl Hannah. – Redbeard 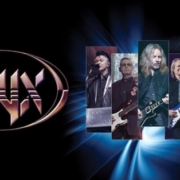