Christine McVie, Fleetwood Mac’s secret weapon for a half century, has died at age 79.
The tale of the Fall 1979 Fleetwood Mac double album Tusk,  the follow-up to the record-setting Rumours  two years earlier, takes a full two episodes to tell, full of dizzying commercial success amid accusations of personal betrayal, conspiracy, and questions of creative direction and control. Band  chanteuse Stevie Nicks and former Fleetwood Mac singer/ guitarist/ songwriter Lindsey Buckingham  pull no punches in these classic rock interviews while weighing in on their personal takes on the September 1979 album containing “Think About Me”,”Sara”,”That’s All for Everyone”,”Sisters of the Moon”,”Angel”, the best “B” side ever “Silver Springs”, and the avant garde but infectious “Tusk” featuring the USC marching band!

Imagine an entire season of the tv “reality series” show Survivor  if it had been filmed in a locked down recording studio instead of a remote island, and with guitars instead of spears, and you have the story of Fleetwood Mac’s 1979 double opus Tusk.  Lindsey Buckingham and Stevie Nicks  bare their souls here in part one dealing with the phenomenon of supertardom in a post-Rumours  world. –Redbeard
https://www.inthestudio.net/wp-content/uploads/2014/09/fleetwood-mac-tusk-warner-brothers-e1567559628749.jpg 516 649 Red Beard https://www.inthestudio.net/wp-content/uploads/2017/01/ITS-COLOR-white-studio.png Red Beard2019-09-22 17:00:442022-12-01 10:11:35Fleetwood Mac- Tusk- Stevie Nicks, Lindsey Buckingham 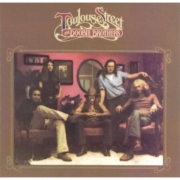 David Gilmour- On an Island
advertisement