At this point more than thirty years after “Money for Nothing” became the number one song in the US in September 1985, possibly the most remarkable observation I can make about Dire Straits’ album Brothers in Arms   is how thoroughly enjoyable it remains today in spite of American radio and MTV overplaying “Money for Nothing”,”So Far Away”, and “Walk of Life“. These popular songs integrate seamlessly with others like the sublime “Ride Across the River“, the sleeper “One World“, and the taut, cinematic “Brothers in Arms” title closer.

Possibly the worst conceivable time to approach a rock musician, for any reason, is immediately after coming off  stage from performing for 90 minutes or more. They are physically and emotionally spent. So that’s exactly the circumstances under which I first met Mark Knopfler  a good 10-12 months into the massive Dire Straits  Brothers in Arms   world tour of 1985-86. Knopfler & band had just moments before played to a capacity Dallas audience of 15,000,  and because it’s my job to ask, there I was approaching a visibly drained and exhausted Mark Knopfler for an interview. As our eyes met in the backstage hallway, there was a look of apprehension is his face which seemed to almost plead,” Please don’t ask me for anything right now.” So after introducing myself  I said ,” You probably don’t want to do this right now, correct?”When Mark quietly but quickly declined, quite uncharacteristically I asked for a personal favor, explaining to Knopfler that I had just reconnected with a long-lost cousin living in Madrid, Spain. In an effort to find some initial common ground to bridge the time, geography, language, and cultural barriers between us, I had discovered that my Spanish cousin’s favorite band was Dire Straits, so I asked the fatigued Knopfler for an autograph on a Brothers in Arms  album cover which I provided. Suddenly his eyes brightened as he easily agreed to provide the gift, while informing me that Spain had long been a Dire Straits hub of popularity long before Brothers in Arms‘  phenomenal sales. 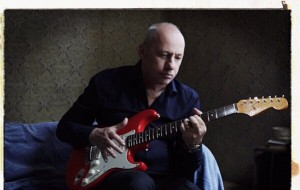 Mark Knopfler’s gracious accessibility,  at a time and place when Dire Straits’ enormous world-wide fame should have precluded it, impressed me greatly that night. Soon  I would be equally in admiration of Mark’s matter-of-fact frank and honest insights on music, fame, and his preference for observing others rather than being observed. Mark Knopfler readily admits that his ambitions of top quality and musical authenticity may not be the same as other rock stars, but that they are ambitions nonetheless. –Redbeard 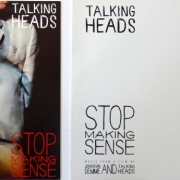 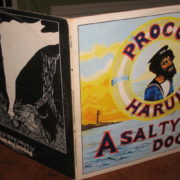