The Who Live at Leeds  may have been the first live album I ever bought, but it’s safe to say that it has  since remained a benchmark with which to compare a half century of live performance pretenders to the throne of anything demonstrably better. To this day, nothing in  The Who’s considerable canon composed by the genius Pete Townshend slays me like the opener, a cover of a  Mose Allison song, “Young Man Blues”, snarled so emphatically by Roger Daltrey that day at Leeds University that the spittle didn’t land until six years later in the south London neighborhood of Brixton,  lubricating young Joe Strummer to form The Clash.

The original Live at Leeds contained Who classics “Substitute”, “My Generation” and “Magic Bus” extended jams, another definitive cover “Summertime Blues”, and the expanded edition added their new album at that time, something to do with “a rock opera about a deaf, dumb, and blind boy…”.

As surprising as it may seem, not all famous rock’n’roll musicians are comfortable talking about their past, even involving their times of greatest creative accomplishment, fame, and fortune. The reasons can be myriad and not immediately obvious. Recalling your naive exploits, often at a time barely out your teens, can be awkward from the current perspective of a septuagenerian. Frequently the songs, albums, and tours are tied inextricably to behind-the-scenes issues of lawsuits, sour business deals, personnel defections and firings, and personal losses  which are painful to re-examine. Some fading stars whose careers are struggling now are loathe to revisit past glories, simply because it underscores for them just how far from grace they’ve fallen. And more than one famous rock star simply cannot remember key periods in their lives due to memory blackouts, a frightening and unfortunately permanent result of alcoholism or drug abuse. 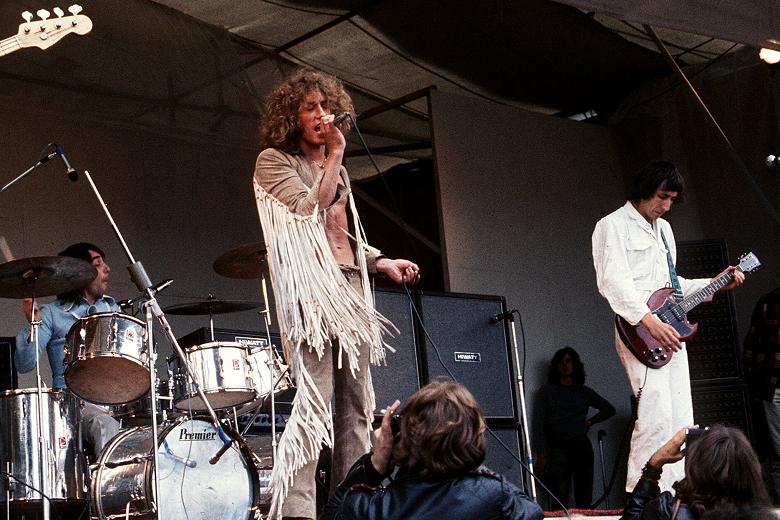 Pete Townshend of The Who has no such reservations, discussing easily the merits of The Who’s music  from 1964’s “I Can’t Explain” right up to their Super Bowl halftime performance, as well as their demerits for the band’s behavior along the way. As The Who’s  recognized “Supreme Creator”, Townshend has assessed their more than half-century of musical contributions and found it on balance to be good. Pete is a delightful, witty, thoughtful, and refreshingly honest conversationalist who can easily and effectively examine The Who’s body of work through a slightly-detached objective eye, which only the passage of time, plus maturity, can provide. Pete Townshend and Roger Daltrey are here In the Studio   hosting the backstory behind The Who Live at Leeds, with archival classic rock interview from the late John Entwistle. –Redbeard