When artist manager-turned-media mogul David Geffen started his first Los Angeles-based record label Asylum Records, his first signing was Jackson Browne and his third deal was with the Eagles. Who was Geffen’s second signing? Hometown heroes Jo Jo Gunne, named after a Chuck Berry b-side. Half of the quartet comprised of singer/songwriter/pianist Jay Ferguson and bass player Mark Andes, both of whom had just exited the popular West Coast band Spirit after their most successful and critically lauded album The Twelve Dreams of Dr Sardonicus ( that’s Jay Ferguson singing on his composition “Mr Skin“ ) in 1970.

In this classic rock interview marking the golden anniversary of that first ( and in songwriting, their best ) 1972 album Jo Jo Gunne, Jay reveals all kinds of influences when he told me, “If Sly and the Family Stone and Little Feat had a love child, it would have been Jo Jo Gunne!” Here In the Studio Jay tells the innocent tale of “Run Run Run”,”Shake That Fat”,”Babylon”,” 99 Days”,”Barstow Blue Eyes”, and”Take It Easy” plus “Take Me Down Easy”and “Ready Freddy”  from the 1973  Bite Down Hard . –Redbeard (Below L-R guitarist Matt Andes, drummer Curly Smith, lead singer/piano player Jay Ferguson, bass player Mark Andes ) 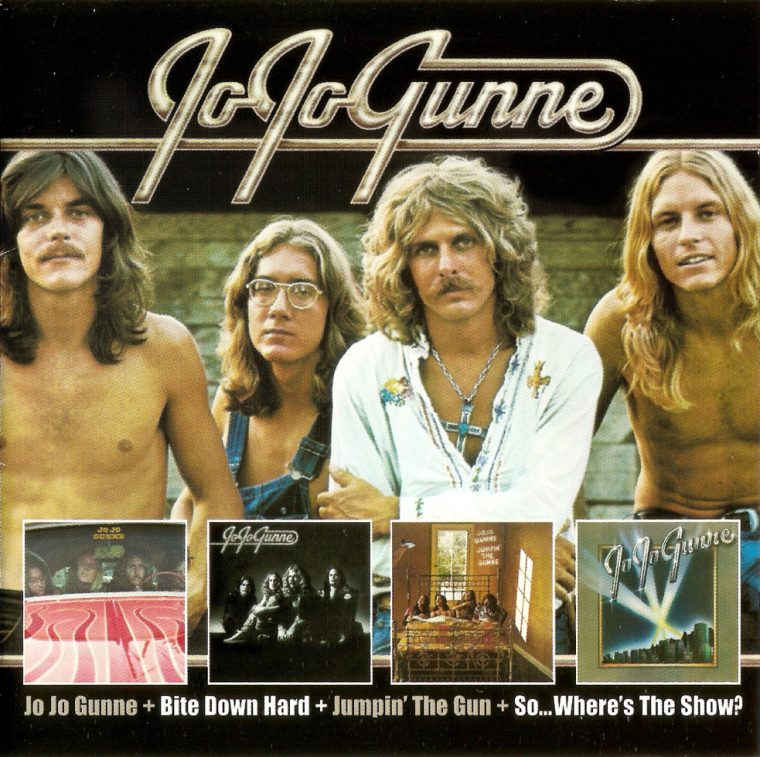