Four decades after its April 1980 release, the double-edged guitars of Judas Priest on British Steel    still slice and dice my speakers ( and frighten my cat). Success, which had eluded heavy metal in general and Judas Priest in particular in the US, had been tee’d up barely six months earlier when American FM rock deejays had discovered two curious cover versions on a live Japanese import. It took a full five albums and the entire 1970s decade for Judas Priest to break out, but few of the music critics who slagged them initially were around to write about the band’s multi-million selling successes in the Eighties, starting with the live Unleashed in the East   in late 1979,  followed by the definitive metal statements British Steel   in 1980, Point of Entry  in 1981, and Screaming for Vengeance  mid-1982.

All of the members of Judas Priest grew up in or around the northern industrial English city of Birmingham amidst coal  mines, steel factories, iron ore smelters, and the  mountainous piles of waste, or”slag”, an inevitable by-product from such heavy industry (the most notorious “slag heap” in rock is the album cover photo on The Who’s Who’s Next ). In English slang, to” slag off” somebody or something meant to reduce its value to nothing.

While still trying to get a band together, Judas Priest lead guitarist Glenn Tipton actually worked at British Steel for his day job. Recently it appeared that some 21st century Madison Avenue “Mad Men” advertising exec was a closeted heavy metal fan, slipping Judas Priest into the soundtrack of a recent Honda Accord car tv commercial. Point of Entry which includes “Hot Rockin’  and “Heading Out to the Highway” are here in Judas Priest lead singer Rob Halford‘s classic rock interview  including reinventions of Peter Green/ Fleetwood Mac’s “Green Manalishi“and Joan Baez’s “Diamonds and Rust“, “Living After Midnight“,”You’ve Got Another Thing Coming”, and “Turbo Lover“.  –Redbeard 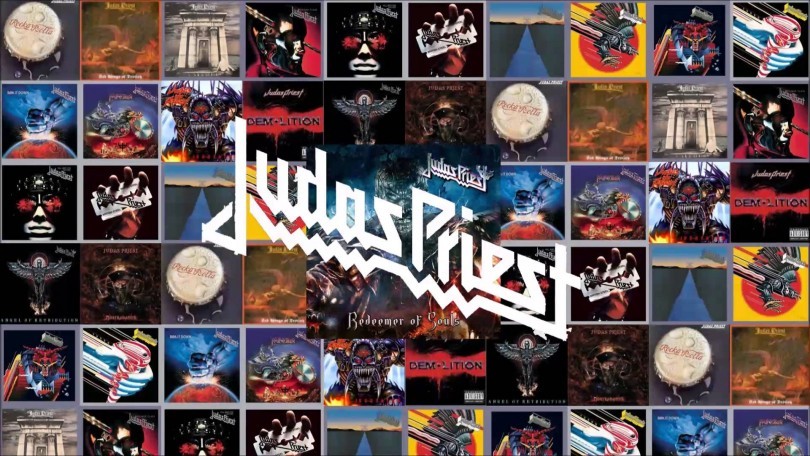