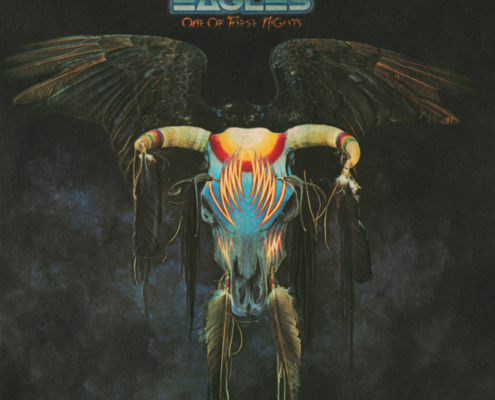 Driving halfway across America  not long after the June 1975 release of "One of These Nights"  by The Eagles is when I truly realized just how massively popular this band had become. Original Eagles singer/ bass player Randy Meisner and the late Eagles co-founder singer/ guitarist Glenn Frey joined me here In the Studio in a classic rock interview,precious now with Frey's passing, about the album which single-handedly took country and western music from the bunkhouse to Broadway.
https://www.inthestudio.net/wp-content/uploads/2020/05/Eagles_OneofTheseNights_1__69346-e1662511048622.jpg 640 640 Red Beard https://www.inthestudio.net/wp-content/uploads/2017/01/ITS-COLOR-white-studio.png Red Beard2020-05-31 19:31:262022-09-06 19:44:15Eagles- One of These Nights- Randy Meisner, the late Glenn Frey
advertisement