These Colorado boys ain’t named “monsters” for nothin’: their 1995 album Sister Sweetly   sold over 1,000,000 copies. Big Head Todd & the Monsters‘ third Caribbean cruise sold out just days after it was announced for their float party in 2015! Back in February 1997 when the band was a trio, they all claimed that they had never been in any other band. Lead guitarist/ singer/ songwriter Todd Park Mohr leads the Monsters while ripping through “Resignation Superman”  live in the Q102 studio, no overdubs.- Redbeard 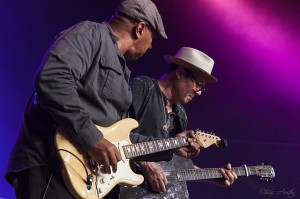