Ten years ago “It’s Only Natural” that Aussie all-stars Crowded House would want to celebrate. It was the twenty-fifth anniversary of the brilliantly eclectic, melodic quartet and they had a new studio album, Intriguer,  dropping as well, so they embarked on a world tour.

That Crowded House 2010 album Intriguer   went straight to the #1 selling spot in Australia, which probably comes as no surprise to anyone with even a basic knowledge of the band’s long career from the Finn Brothers Neil and Tim’s beginnings with Split Enz in New Zealand. But that chauvinism doesn’t explain away Intriguer‘s  #12 sales in the UK that year. 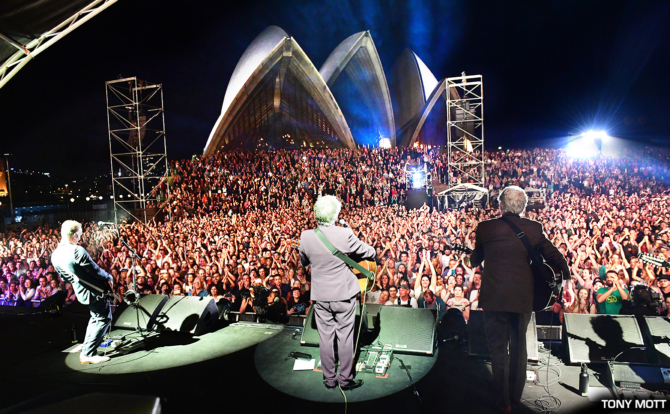 It was bittersweet for us rabid Crowded Housers when, in 2018, Neil Finn was tapped to join Fleetwood Mac to sing and write songs in the absence of Lindsey Buckingham. We were all thrilled of the validation the invitation afforded Neil as one of the finest pop songwriters this side of Paul McCartney;  the forum for his talents and the payday fronting the Big Mac that the opportunity presents. But we also knew inherently the threat  to Crowded House it presented, so I for one am thrilled to learn that Finn, Nick Seymour, and Mitchell Froom are working on the next Crowded House album! –Redbeard

Eagles- One of These Nights 45th Anniversary- Randy Meisner, the late Glenn...
Scroll to top