Having never had the opportunity to see the Beatles play live, seeing Crowded House several times, including a private sunset performance on the banks of White Rock Lake in Dallas, is the closest I’ll probably ever get to progressive pop nirvana. Four lead singers and the songwriting of the brilliant Neil Finn. One hundred thousand people showed up at their farewell concert in Sydney, while in the US they couldn’t get arrested.  Their handlers could screw up a two-car funeral. Thanks to mi amigo Big Dave Logan and KFOG for rolling tape at Wolfgang’s, remastered 2013 by Redbeard. And since Neil Finn has been tapped to replace Lindsey Buckingham‘s vocals on the upcoming Fleetwood Mac tour, we suggest you check out Neil Finn’s most recent solo album Out of Silence . – Redbeard 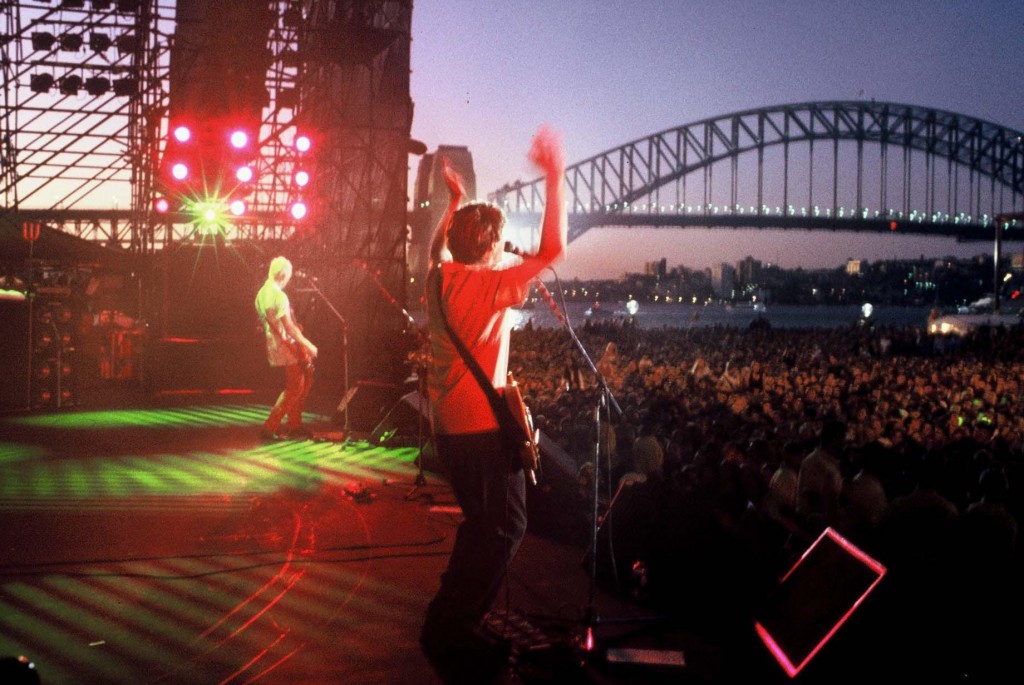