With Dire Straits visionary Mark Knopfler In the Studio  we thought we would “mark” the occasion of the London band’s Rock and Roll Hall of Fame induction with part one of some of their best, starting over forty years ago with that unforgettable debut Dire Straits   in Fall 1978 containing the story song “Sultans of  Swing“.

Like David Bowie did five years before and Sting would repeat five years later, Dire Straits’ October 1980 third release Making Movies   is Mark Knopfler‘s unabashedly “Big Apple” album through the eyes of an Englishman in New York who had grown up an ocean away on Hemingway, Kerouac, Ginsberg, and Bob Dylan. Making Movies  contains cinematic epic-length songs” Tunnel of Love”,”Romeo and Juliet“, and “Skateaway“, reminiscent of Bruce Springsteen‘s Born to Run  mini-movies, and borrowing E Street pianist Roy Bittan and engineer/ producer Jimmy Iovine helped to capture that atmosphere, while rockers “Espresso Love” and “Solid Rock” still pack a punch. 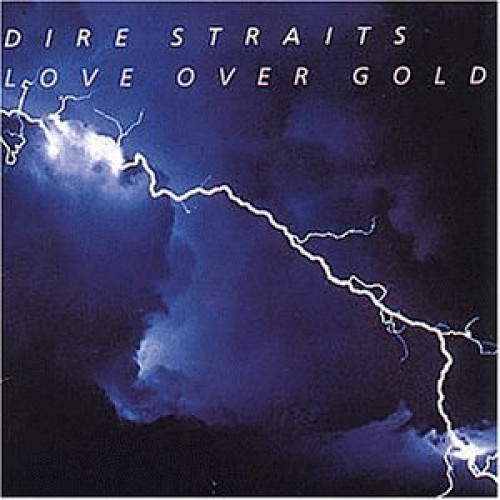 Later in my classic rock interview here In the Studio , Mark Knopfler himself would fault some of his unrestrained guitar pyrotechnics which extended into the next Dire Straits album, Love Over Gold  in September 1982, in favor of a more economical approach with spectacular results on Brothers in Arms.  But Making Movies  and Love Over Gold  with its epic “Telegraph Road” and “Industrial Disease” were the points where Dire Straits solidified an ardent worldwide following as the top-selling band in the emerging compact disc era by the end of that decade. Part one of two. –Redbeard

Faces- A Nod is as Good as a Wink 50th Anniversary- Rod Stewart, Ron Wood