By June 1970, the three man hard rock’n’soul locomotive from Flint MI known as Grand Funk Railroad had already recorded and released three studio albums in barely eighteen months, the latest being Closer to Home.  If you were an American teenage male then, it was a Big Deal in the same all-consuming way as it later was when Rush released Moving Pictures  ten years later or Metallica did the Black Album  ten years after that. There’s something about those decade-setting hard rock benchmarks, and Closer to Home  was a prime one for 1970.

In Summer 1970 there were perhaps half a dozen US cities with progressive rock on the radio. This is the world into which Grand Funk Railroad, soon to drop the caboose for just Grand Funk, would morph from a minor garage band called Terry Knight and the Pack. Top 40 radio on the AM  dial was in its golden age, but for a 16-year old in Zanesville Ohio, even that was hard to find until after sunset when two Chicago AM stations hundreds of miles away, WLS and WCFL, legally were allowed to change their coverage patterns, blanketing the otherwise media-starved Upper Midwest at night. Had it not been for one intrepid radio host, Ron Brittain and his late Sunday night “Subterranean Circus” on WCFL, I might not be writing this today, for it was there  alone in my bedroom with a battery-powered pocket-sized transistor radio that I first heard  musicians including Isaac Hayes with his epic cover of Burt Bacharach and the late Hal David’s “Walk On By”. It was there also that I  heard intriguing new music by bands with funny names including Jethro Tull and Ten Years After, but the band with the funniest name of all also had one of the heaviest sounds to my hormone-saturated ears: Grand Funk Railroad.

Soon there were inevitable comparisons to other 3-piece bands including Cream, but that English trio was much artier, at times with an almost Continental feel  due in part to Jack Bruce’s jazz background plus Pete Brown’s high-minded lyrics. And while the rock ‘n’ soul in much of Grand Funk Railroad’s music could be compared to other American bands such as Vanilla Fudge and fellow Michiganders Rare Earth, much of the material by those latter two bands consisted of covers of Motown hits. Trust me, that second Grand Funk  album with the fire-engine-red cover was in equal rotation on neighbor Mark Lazar’s parents’ Magnavox console stereo along with Blind Faith, Jimi Hendrix Smash  Hits , and Led Zeppelin 1 . Grand Funk was our first “road trip” concert  ever, in Fall 1970 to Columbus OH , to see them in front of a packed house performing their third gold album in only twelve months, Closer to Home,  a Top Six seller because of “Sin’s a Good Man’s Brother”,” “Aimless Lady”, the surprise soul ballad “Mean Mistreater”, and the epic “I’m Your Captain/ Closer to Home”. 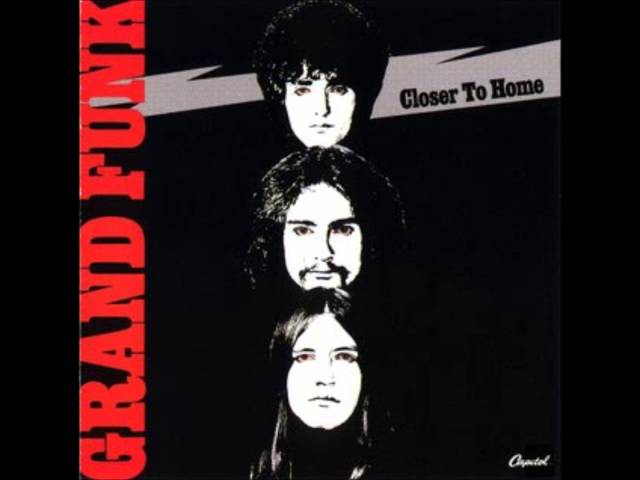 Ironic then that six years later this “underground radio” raw, gritty, electrified three-man army would  be pigeonholed a Top 40 singles band, but  amidst bad reviews ( which I believe had more to do with the way in which they were managed than anything ), the irrefutable fact remains that Grand Funk Railroad sold out New York City’s massive Shea Stadium in 48 hours –ten times faster than The Beatles. Here is drummer/ singer Don Brewer and guitarist/ singer Mark Farner for part one of their unlikely story in this classic rock interview.  –Redbeard

Fathers Day with Klaus Meine of Scorpions
Scroll to top