There are two notorious hangovers still mucking about in the conventional wisdom among certain rock writers who should know better, both myths centered around death and its connection to the music found on two late Seventies breakthrough albums, The Pretender  by Jackson Browne and Highway to Hell  from AC/DC.

For decades some well-regarded rock critics implied that Browne wrote much of The Pretender  in reaction to his first wife’s suicide, when a simple check of the recording session dates clearly establish that her tragic death occurred after the album was completed. In the case of AC/DC’s Highway to Hell,  it seems that even some of the best music writers still struggle to evaluate the album on its merits alone, instead sucked into the absurd notion that lead singer/ lyricist Bon Scott’s accidental death in February 1980 somehow was predicted in Highway to Hell’s songs written and recorded a year prior! But in each case, some hacks won’t let the facts get in the way of a sensational story. Before he too passed away in November 2017, AC/DC’s Malcolm Young plus my guest Angus Young set the record straight in this classic rock interview here In the Studio  in no uncertain terms about the circumstances on the night of Bon Scott’s death.

A decade before Guns’n’Roses MTV videos made tattoos into a fashion statement, I met AC/DC singer/ lyricist Bon Scott at my Memphis radio station ROCK 103 in late September 1979. Bon’s generous body art and ear studs, plus his affable demeanor, made Scott appear less like a rock singer and more like a character out of Herman Melville’s Moby Dick. “Before Bon became a rock’n’roller I think he was a cray fisherman,” says AC/DC lead guitarist Angus Young. “He was even talking about getting a whale bone piercing through his nose at one point! And he was always barefoot on stage, and I think he got all of that from working on a boat.”In August 1979 a lot of North American rock music fans had no idea that Highway to Hell   was the Australian-based quintet’s fifth album;  that Malcolm Young and Angus Young’s older brother George Young had produced the previous four; and that their long-suffering U.S. record label was getting frustrated by the band’s lack of sales, enough to insist on replacing George Young ( George, who as a member of  The Easybeats had written the garage rock classic “Friday on My Mind”, just died  at age 70 ). And to be fair, on paper the label’s choice for the producer role was notable in veteran Jimi Hendrix/ Led Zeppelin/Kiss recording engineer Eddie Kramer, but the band just didn’t click with that combination and instead secured a young but promising South African producer named “Mutt” Lange. His approach emphasized bringing Phil Rudd’s powerful bass drum up in the mix to lock with Malcolm Young’s unique rhythm guitar style into an infectious groove, while leaving space around the instruments for Angus’ blazing guitar solos and Bon Scott’s bullhorn vocals, equal parts Noddy Holder and Steve Marriott. The result of such songs as “Girl’s Got Rhythm”,”Shot Down in Flames”,”Touch Too Much”,”If You Want Blood(You’ve Got It)“, and the hit title song was over seven million sales just in the U.S., with Rolling Stone magazine ranking Highway to Hell as one of the top 200 albums ever. Really saddened to report that band co-founder Malcolm Young has died from dementia. Malcolm had the best rhythm guitar right hand in rock. And be looking for a Brian Johnson autobiography The Lives of Brian, before Christmas.-Redbeard 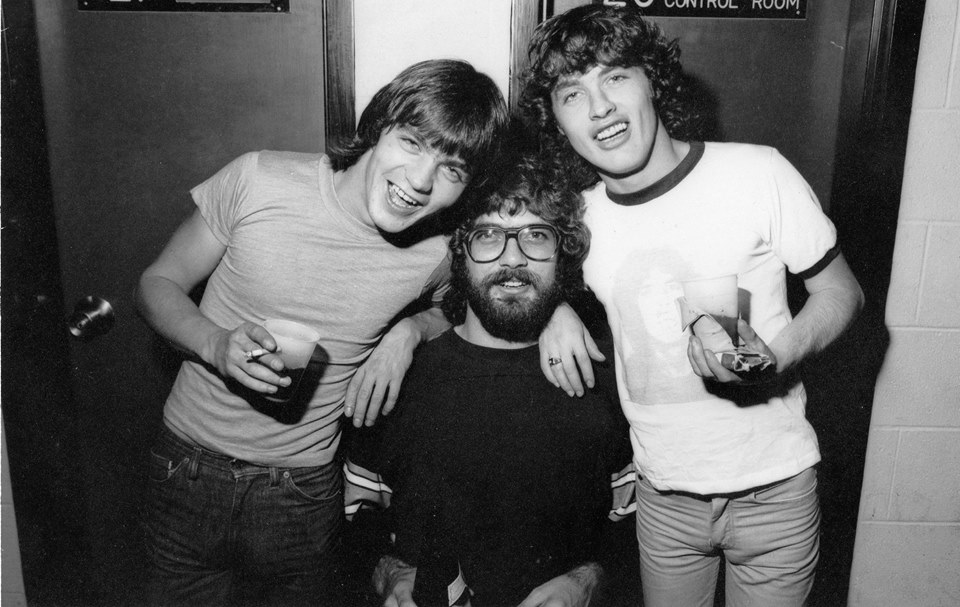