An In the Studio white-hot exclusive, here’s John Fogerty and his terrific band performing live at rehearsal in Burbank in 1997, reprising two Screamin’ Jay Hawkins  songs,”Susie Q” and the hoodoo howling “I Put a Spell on You“, which Fogerty’s  Creedence Clearwater Revival covered on their debut released in May 1968. – Redbeard 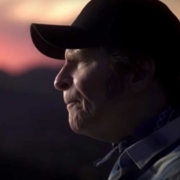 Melissa Etheridge- Yes I Am
Scroll to top