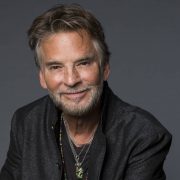 Fifteen years ago a spontaneous medley by Kenny Loggins of “If I Were a Carpenter / Danny’s Song /I Want to Sing You a Love Song” was performed  live during an interview at Redbeard‘s Upper Room Recording on the Barbarosa Ponderosa outside Dallas Texas USA . The first song was written by Tim Hardin , the second and third by Kenny Loggins, with “Danny’s Song” covered & made a huge hit by Ann Murray which brought the unknown Loggins to the attention of Jim Messina who had left Poco. Together Loggins and Messina made four of the most timeless albums of the era, Sittin In, Loggins and Messina, Full Sail, and Mother Lode. Thanks to my buddy Kurt Gilchrist from Sirius/ XM Satellite Radio.-Redbeard