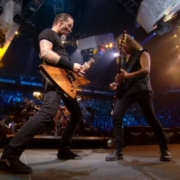 When the Super Bowl was played in San Francisco in February 2016, hometown Bay Area hard rock heroes Metallica were the obvious choice for the midpoint entertainment slot…except the Load   they were bringing was deemed “too heavy for halftime” by the NFL. So Metallica staged their own free concert the night before in Golden Gate Park in front of a quarter million fans while performing this version of “King Nothing“. –Redbeard 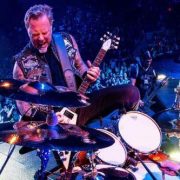 Metallica- Wherever I May Roam- San Francisico 2-6-16
advertisement

Rod Stewart- Every Picture Tells a Story
Scroll to top