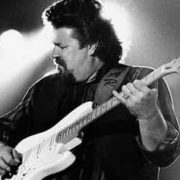 “Born in Mississippi in the dust of a cotton patch
Raised up by a rattlesnake and that’s a natural fact…
They all talk about me, they don’t understand
They don’t know the power of a Mississippi hoodoo man…”-Kent Dykes, “Mississippi Hoodoo Man”

While every biography I’ve read of the band Omar and the Howlers rightly locates the veteran rhythm’n’blues outfit as based in Austin, TX since the mid-Eighties, there is a decidedly non-Texas element in the songwriting of bandleader Kent “Omar” Dykes that always tapped that same musical gumbo made famous almost two decades earlier by John Fogerty’s Creedence Clearwater Revival. But while Fogerty admitted to me that, miraculously, he developed his “Swamp Rock” sound second-hand  through the novels of Mark Twain, William Faulkner, and Harper Lee plus the plays of Tennessee Williams and John Ford movies without Fogerty ever having set foot in the American South, Kent Dykes spent his adolescent early music career in McComb MS “gun and knife clubs”. Why that term?

“Because there was a sign at the entrance which read, ‘Check your weapons’ at the door!” grinned Kent during our first interview to introduce his first major label release Hard Times in the Land of Plenty.  ”You know that scene in The Blues Brothers movie where they are in a s__tkicker bar on a little stage playing behind chickenwire? Before I learned to drive that’s how I spent every Friday and Saturday night.” These were notorious roadhouses in the southernmost parts of Mississippi just outside the McComb city limits, where a local boy like an honest-to-God Johnny B. Goode could cut his teeth playing his guitar five sets a night, or loose several teeth if he didn’t learn to duck incoming flying beer bottles.
“It was pitch black in those nightclubs. The only light on stage came from the little red pilot lights on our amplifiers and one neon beer sign behind the bar,” Kent recalled.

The roots rock revival of the early Eighties which included the Stray Cats, The Blasters, Nick Lowe and Dave Edmunds’ Rockpile, and Austin-based Fabulous Thunderbirds plus Stevie Ray Vaughan and Double Trouble, all convinced Kent Dykes to pack up his white Stratocaster and head west to the Texas capital’s burgeoning Sixth Street music scene. 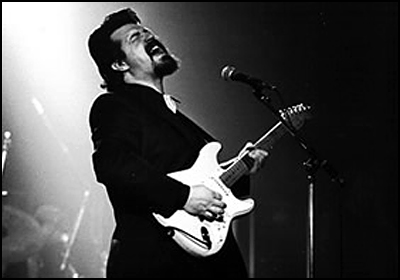 “When I pulled into Austin I stopped for gas at a full-service filling station,” Dykes remembers. “The guy pumping gas spotted my guitar case in the back seat and the Mississippi plates on my car, and inquired why I was in Austin. I replied that I was moving there to start a band. When the pump attendant asked to see my guitar, I pulled it out of the back seat, opened the case, & handed it to him. This guy put his foot up on my bumper, sat my guitar on his knee, and proceeded to burn up that fretboard like nobody’s business. If I hadn’t run out of money I would have got back in my car with my tail between my legs and gone home to McComb right then and there!” 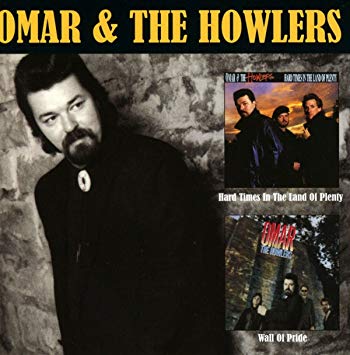 It wouldn’t be long before Kent Dykes made good on his intention, starting Omar and the Howlers and writing and recording an independent single “Border Girl”, with Dykes wisely letting his distinctive husky growl and pop songwriting sensibilities become his calling card, not just his guitar chops. The combination of all three, plus a smartly rehearsed band of journeyman players in the Howlers, took Kent’s first-hand South Mississippi tales of dancing in the clearings among ten-foot forests of sugarcane fields to a worldwide audience over the next three decades.

Don’t let that gruff voice fool you. Kent “Omar” Dykes is a big bear of a man, but he is a sweet man with a big Southern grin. This performance at Dallas’ Redux club in June 1987 was to celebrate his first national release Hard Times in the Land of Plenty  with the swamp rocker “Border Girl”. Mixed live to air, no overdubs, by Doug Hall in the Crossroads mobile, produced and remastered by Redbeard. 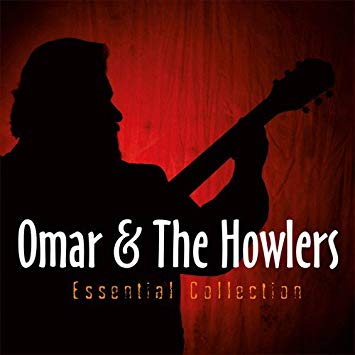 Boston- To Be a Man- Worcester 8-87
advertisement