Chicago Transit Authority   was both the name of the band as well as the 1969 eponymous first album. The original band Chicago Transit Authority was so good, in so very many ways, that it blew away all of the conventional wisdom about what a rock band could be. These seven musicians were so uncommonly talented that their debut in 1969 required it to be a double album! Chicago’s line-up then was led by under-recognized triple threat singer/songwriter/guitarist Terry Kath, bass guitar/vocalist Peter Cetera, drummer Danny Seraphine, trombonist Jim Pankow, trumpet player Lee Loughnane, sax and woodwinds by Walter Parazaider, and keyboardist/vocalist/songwriter Robert Lamm.

Chicago Transit Authority  spawned three big hits, “Does Anybody Really Know What Time It Is?”,”Beginnings”, and “Questions 67 & 68”, while peaking at #17 sales in the US & an even better showing of #9 in the UK. The double album debut spent 171 weeks on the sales charts, eventually topping sales of over two million. But click on “Listen”,”South California Purples”, the under-rated Spencer Davis Group/SteveWinwood cover “I’m a Man”, and the jaw-dropping “Poem 58”. One of three lead singer/ songwriters, keyboard player Robert Lamm, is my guest for part one  of this classic rock interview.

If you have a surround sound multi-channel set up for movies and music,  seek out the first Chicago double album Chicago Transit Authority  in four channel quadraphonic sound on DVD-Audio. It is ear-grabbing full tilt “back to the future”. Chicago is the second-highest selling American band in history, second only to the Beach Boys,  and their spectacular run all began  with the Spring 1969 Chicago Transit Authority  debut. Can you think of any other band that had the talent ( and chutzpah ) to release a double album debut which sold multi-platinum?
–Redbeard 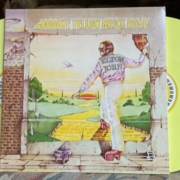