The human dynamo Elton John and his crack live band have just resumed  what has to be a world record-setting 300+ concert multi-year epic international trek entitled Farewell Yellow Brick Road Tour, concluding a half century of performing at the highest level using any metric you choose. The inception of this fond farewell comes approaching next year’s golden anniversary of the release of the masterpiece Goodbye Yellow Brick Road, which is a virtual greatest hits package unto itself.

With my guests Elton John and lyricist Bernie Taupin, the 1973 double album   contained “Goodbye Yellow Brick Road”, “Bennie and the Jets”,”Saturday Night’s All Right for Fighting”,”Harmony”, and the original “Candle in the Wind”. And that’s just in this first part one of two hours! Ranked at #91 on Rolling Stone magazines Top 500 Albums of All Time, the worldwide sales are over twenty million. 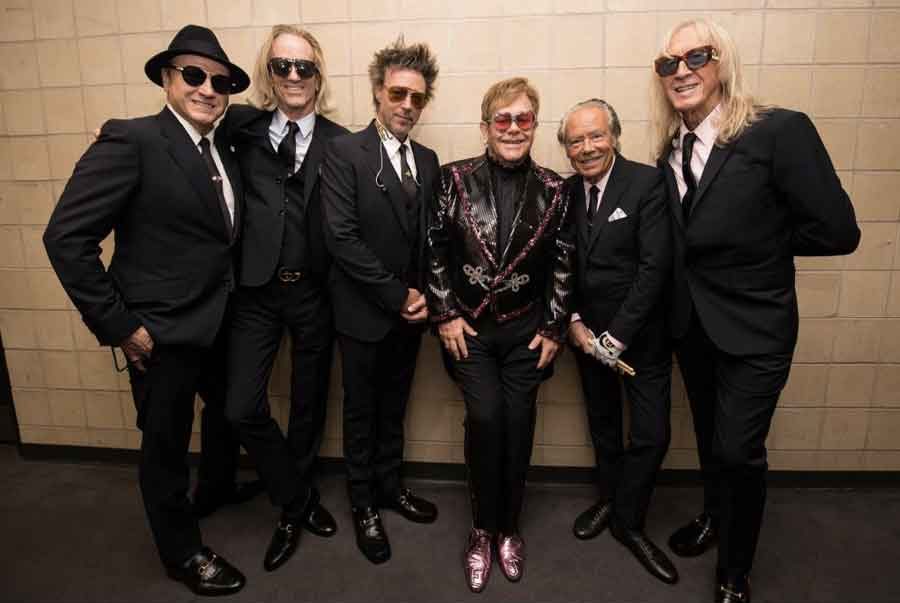 Sir Elton John( c ) and his brilliant lyricist Bernie Taupin  join me In the Studio. –Redbeard